Back in the summer of 2017, do you recall the pom-pom fashion trend? Around every corner, you could spot some type of “pom-pom.” It was a nice colorful accent that was fun, and perfect for the season, not to mention how cute it looked on everything from accessories to dressed. During that season, I learned that pom-poms can be used in order to take something that would normally be boring and turn it into something exciting.  Many adored those colorful balls hanging from their dress hems, shirt sleeves, and even the bottom of shorts. Now, it seems as if a toy company took that fashion trend and ran with it – and this is when I am going to introduce you to a toy called “Pomsies.”

The toy company learned that girls like to wear pom-poms on their hair, backpacks and everything else, so they set out to make something that was patterned after that trend. Pomsies has a long wired tail that you can wrap around your backpack, wrist, or whatever you desire.  For this reason, Pomsies is fashionable and wearable and I must say, it is an adorable little pet that girls are going to love.

Not only is this pet fashionable, it also offers two modes of play. To turn it on, all you have to do is push it’s cute little button nose. The two modes of play include virtual pet mode and Freese dance mode.

To go into freeze dance mode, hold her nose down and you’ll hear a whistle. She will start to play a song and you will need to go along with the beat – she will start to “meow” faster and faster. When she says stop (through a whistle), this means it’s time to start.

On her face, there’s a total of three motion sensors. The three sensors are located on her nose, her mouth and on top of her head.

The color of Her Eyes

On the packaging, there’s a “road map” that you can use in order to determine what she is feeling based on the color of her eyes. For example, if she’s happy, her eyes will have a bluish color to them – you will also hear her purring, which is another cute aspect as it sounds exactly like a cat purring. When she purrs, she also vibrates.

When her eyes turn yellow, this is an indication that she is hungry. During this time, in order to feed her, you will need to rub her mouth.

With Pomsies, there are so many cute things you need to do in order to take care of her. After you spend some time taking care of her, you’ll see rainbow-colored eyes, which indicates that she is very happy and appreciates your attention.

Scan The code to read more! 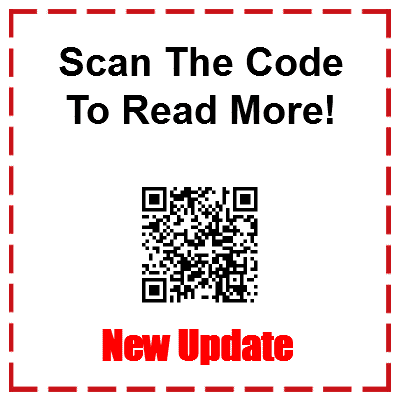 During the summer of 2018, there will be a total of six different characters coming out, so there will be a mixture of colors and personalities to choose from. They will be $14.99, and they require 1 triple A battery, so it’ll be easy to replace. All in all,  I believe this would be a great toy for a little girl.